The Tina Wentcher Prize and its method of judging was a bequest of sculptor Tina Wentcher who died in 1974. For the past 20 or so years it has alternated with the Andor Meszaros Prize. The Tina Wentcher medallion made by Michael Meszaros was first offered as part of the prize in 2001. In recent years the prize conditions have been changed to encourage sculptors with less than 10 years experience rather than an age based system. The ASV invites all emerging sculptors including non-members to submit an entry for this prize. The Tina Wentcher Medallion will be judged by a panel of three – an external judge, the president of the ASV and another member of the ASV.

Exhibition at the McClelland Gallery 24 July to 12 November 2017: 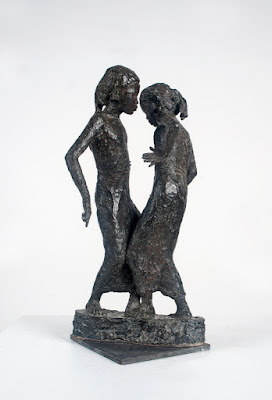 Bequest of the artist in memory of her late husband Julius Wentcher, 1974

Posted by Sculpere Newsletter at 10.5.21