The other day I was clipping the hedge that runs down each side of our driveway. On one side the job consists of cutting back the new overhanging shoots of the dogwood trees that grow prolifically up here in the Dandenongs. 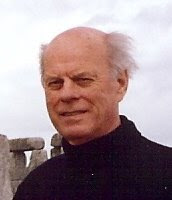 On the other side of the driveway, apart from the odd bit of holly and an occasional bramble, (please don’t report me to the noxious weed police), the hedge is a high dense tangle of Japonica.

Clip went the shears and my mind began to wander. One nightmare would be the job of maintaining a hedge maze; miles of uniform clipping, straight up and down, no curves, only right angles. An apprentice maze clipper would need a girlfriend by the name of Ariadne to help out but after a while I suppose he would soon learn his way through it. Like life really; having to make choices, go back and do it again if you get it wrong. I’d be clapped out, or clipped out, at the first turn. But that’s sculpture.

For various reasons, practical or ornamental, people have always pruned or trimmed plants. Topiary, the sculpting of bushes and shrubs into parrots, pagodas and peacocks, has been common for centuries. These objects are all man-made, nature providing only the raw material, human consciousness the rest. They are artificial, an artifice or, in short, art.

Taken to an extreme is the art of bonsai; that ultimate domination of man over nature, perfected over the centuries in Japan. Not to everyone’s taste - I know someone who regards this tampering with nature as an obscenity like the stretch limo – it is popular all over the world. These tiny trees are living sculptures.

The nation that perfected the art of small living sculpture is also home to the world’s largest sculpture park; the Hakone Open Air Museum. Set on seven hectares of gentle slopes in a national park it also houses a large collection of paintings, ceramics and other indoor works of art. That an oriental nation like Japan can be host to one of the most significant Western art collections is astonishing and is one of the great benefits of globalisation. In particular the large sculpture collection includes Miro, Brancusi, Giacometti - the list goes on – and also the largest collection of Henry Moore anywhere in the world. Also represented at Hakone is Peter Blizzard, the only Australian to have had a one-man show there. You will remember he was our judge this year at the Flower and Garden Show where, incidentally, I saw quite a few bonsai and a number of hedges.

So you see, everything is connected, and better still it’s all connected to sculpture. If you don’t believe me just go out and clip your hedge.

9th July...
Life drawing class at ART ENCOUNTERS 843 Glenhuntly Road Sth Caulfield. at 7.30 at cost of $10 per member to part pay for model and tutor. There are 2 places vacant so please be quick and contact Gillian on 95791221 or 0412122884 or gmps.govan@bigpond.com to get your place. Easels, rough paper, charcoal supplied. If you wish to use other materials feel free. We look forward to seeing you at a fun but instructive evening.

18th July
Close of entries Sculpture Amongst the Tulips

13th August
William Echoltz will come to Boroondarra Culture centre to tell us about his work. The talk will commence at 7.30 and will be accompanied by a power point presentation.
William Eicholtz is a contemporary sculptor, taking figurative art from its traditional lineage then performing and placing it firmly in current artistic dialogue. Evoking classic themes, his sensual sculptures rejoice in the metaphor and the physical, with a particular focus on the male nude.
Eicholtz acknowledges, in both theme and technique, the figure’s place in the classical history of art, then appropriates and translates it into a language infused with a humour and theatricality that embraces modern art.
Exploring and working with new materials in innovative ways, Eicholtz’s many public and private commissions vary from small –scale pieces suited to indoor display, to large scale weather hardy works.
These exciting and beautiful sculptures take their place in art practice today. Studying sculpture throughout his life, William has acquired a first class honours degree in fine art and he has been teaching for many years at university level.
He exhibits his work throughout Australia and is featured in international collections. William primarily works from his Melbourne studio and is fortunate to have dual USA/ Australian Citizenship.

10th September
Marija Patterson has kindly agreed to talk about her work.

President John Wooller (JW) opened the meeting at 7.30pm and welcomed 13 members and 1 guest, with 4 apologies. Before commencing the presentation, JW explained that the ASV lack of an electronic slide projector and compatible laptop computer had resulted in a manual presentation of photographs. JW stated a belief that an association of professional sculptors needed electronic projection facilities, and proposed thought be devoted to the ASV acquiring the equipment. Members agreed that the ASV also needed a volunteer to check, operate and maintain the said equipment, and ensure no compatibility problems. Gillian Govan has volunteered to initially set up a projection system.

The judge was Geoffrey Bartlett, who was unfortunately not available at award time to comment on the general exhibits or the winning entries.

JW then asked the ASV meeting to assess from the photographs which exhibits fell into which of the two defined categories. The meeting generally agreed with the classification of exhibits actually made in the exhibition, with disagreements over some 2-3 pieces. JW supplemented discussion with reading from selected artists’ statements, many of which had an environmental theme. The meeting agreed there was a very wide variety in type and standard of exhibits. A vote by members on a few pieces indicated a belief by some (not unanimous) that some pieces should not have been admitted. Issues mentioned included artistic merit, intellectual art, and takeaway messages.

JW asked the members in the meeting to act as judges, and for each to assess which was in his or her view the best in each of the two categories of exhibits, and also which was the likely recipient of the people’s choice award. Voting on all three subjects at the meeting indicated a very wide distribution of votes, with nearly everyone voting differently on the Permanent category. He then informed the meeting of the 3 awards actually made in Wangaratta. It was noteworthy that not one ASV member had voted for the winning Permanent exhibit, the winning Ephemeral exhibit, or the winning People’s Choice exhibit.

Discussion was animated, if not heated. There was some agreement, namely that the outcome of exhibitions can be unpredictable, and very dependent on the curator and judge.

The meeting concluded with a vote of thanks to JW in overcoming obstacles to produce such a lively meeting.

This month we welcome Jim Howson - and hope to see his work at exhibition soon.
Posted by Sculpere Newsletter at 30.6.08 No comments:

This is by way of introducing you and your members to our art show which is held later in July this year. To re-cap…..We are looking to ‘invite’ some sculptors to exhibit at our show to balance the eclectic mix of art styles that we try to achieve. In my mind I was thinking say 6 sculptor artists with say up to 5 pieces each, total up to 30 pieces1. The prices could range from $100 up to say $2000 for this buyers range, taking into account that as a fund raiser event, we would take 25% of the sale price.

The artwork delivery day is on the Friday morning before the show & artworks to be taken away after 5pm on the Sunday afternoon of that weekend… so its all very neat & compact time wise. There are some beautiful bay windows at the venue ‘Billilla’ with magnificent natural light that we could allocate space to exhibit some of these works.

For some more general information:

Most of the works are hanging artworks but we desire to mix this with sculptures too. We have a substantial base of artists already and as you read more from our website you will see that we draw from the school parents, their friends/relatives etc. and the local community along with invited artists to add balance to the quality of works we exhibit. It is intended to be a show displaying various standards and types of artworks with a focus on bringing our school and the community together for a fun weekend.

It’s the second year running and from the more renowned artists point of view, it is holding a high standard of reputation particularly with the chosen venue and the professional display & lighting systems that we use. We also group our artists into their own separate sections, not jumbled in amongst other artists styles etc., that in itself is a bit unique.

The website gives a great deal of information about the show for any interested artists. Once artists have registered their interest, with myself as curator, and usually by sending some images by email … we then forward what we call an Artist Pack which gives the entry form and all other information needed.

More importantly, entries for this show close soon on 13th June 2008 though in your advertisement we would be happy to extend this closing date to your members by one week till 20th June2 or until all places are filled.

1A bit ambitious with the number of works per sculptor – we shall see how many are able to oblige. Editor's note.

Woollahra Small Sculpture Prize calling for entries.
Entries are to be in by 8th August.
Entry forms can be had from http://sculptureprize.woollahra.nsw.gov.au/ or by phoning Jo Jansyn on 02 93917135 or by email at sculpture@woollahra.nsw.gov.au
It is a $10,000 prize for works up to 80cm in any dimension
Posted by Sculpere Newsletter at 30.6.08 No comments: 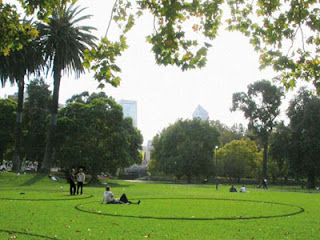 The Awarding Committee is supported by an Advisory Group.

Key dates for the Melbourne Prize for Urban Sculpture 2008:

All prize announcements will be made at www.melbourneprizetrust.org

Each month NAVA puts out emails publicising news and opportunities for artists. You can check their website on www.visualarts.net.au This month the headings are:

5.1 The Code of Practice for the Australian Visual Arts and Craft Sector 2nd ed.

As an addition to its well-established 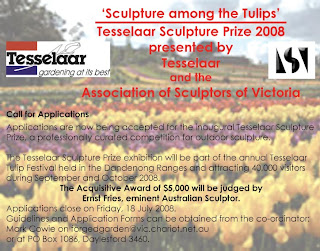 annual Tulip Festival, and in conjunction with the ASV, Tesselaar, in the Dandenong Ranges, is establishing a sculpture exhibition and competition with an Acquisitive Prize of $5,000 and a People’s Choice Award of $500.

Posted by Sculpere Newsletter at 7.6.08 No comments: