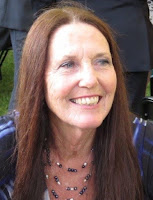 Hi all
I have just returned from a walk along the esplanade at Portsmouth Harbour, England with friends I have known since 1961. I came across this sculpture that commemorates the friendship between UK and Australia
Words on each side at the base of this sculpture:


This monument commemorates the sailing from Spithead on 13th May 1787 of the first fleet conveying Settlers to Australia A Great Nation was Born.This block of Granite was Quarried in New South Wales and given by the citizens of Sydney, Australia


The Plinth of the monument was unveiled on 13th May 1976 by the Honourable Sir Davis Hughes Agent General for New South Wales. Britain and Australia "Bonds of Friendship" The Sculpture was unveiled by Her Majesty the Queen 11th June 1980


This memorial and its twin in Sydney Cove Australia was the concept of Austin C.Spraggs Esq.. "A Man of Portsmouth"
Sculptor: John Robinson

I have been thinking a lot about friendships during my visit home to the UK where I grew up. Sculpture is not just an art it is a means of expression and in this case an expression of a bond between two countries. While here I have visited an ex member of the Association, David Abecassis who some older members will remember. He and his wife have become my very good friends since he taught me most of what I know about Cold bronze casting technique. Our sculpture is a catalyst in the formation of friendships and bonds between our members. Since becoming a member of the Association I have had the pleasure of seeing many friendships develop.

Posted by Sculpere Newsletter at 26.9.16

I love it. Warm and strong.